An early childhood development center in Plovdiv of For Our Children Foundation. We are telling you a story that changed and is going to change the lives of many parents.

Both you and we know that love and new life are the force that drives the world further ahead. We at Chipolino family work for making this beginning magical for every parent. Unfortunately, not always that period of early childhood has been magical for everyone. That is why, staying faithful to our principle of making those early moments magical, we adopted the cause launched by For Our Children Foundation to help families feel the magic when the beginning had not been that magical due to slower development or health problems or other difficulties that present in early childhood.

When parents face the challenges of such a situation it is important for them to know that they are not alone and can get support and professional attention in order to overcome the problems arising while their child is growing.

Plovdiv early childhood development center of For Our Children Foundation, which opened just one year ago, offers specialized help in such cases. The way of making the idea of creating such a center come true was quite long though. Initially the building was intended to serve as an orphanage. But Rada Kirkovich Orphanage was closed in 2014, and the resident children were deinstitutionalized, that is they were integrated back into their biological families or were raised in foster families.

At this point For Our Children Foundation became one of the building proprietors and little by little the sparkle of transforming the building into a place to provide care needed for the early childhood development of children raised in underprivileged families or single parents, got brighter and brighter. The purpose was to apply an integrated approach focused on working with children aged 0 to 7 years and their relatives.

The work on the building renovation took 4 years to complete, and it also took many private and corporate contributors to help with the financing to make it happen. So far a little more than 290 children and families have benefited from the support of specialists in the center – social workers, psychologists, speech therapists, physiotherapists. By the end of this year their number is expected to grow over 1000. 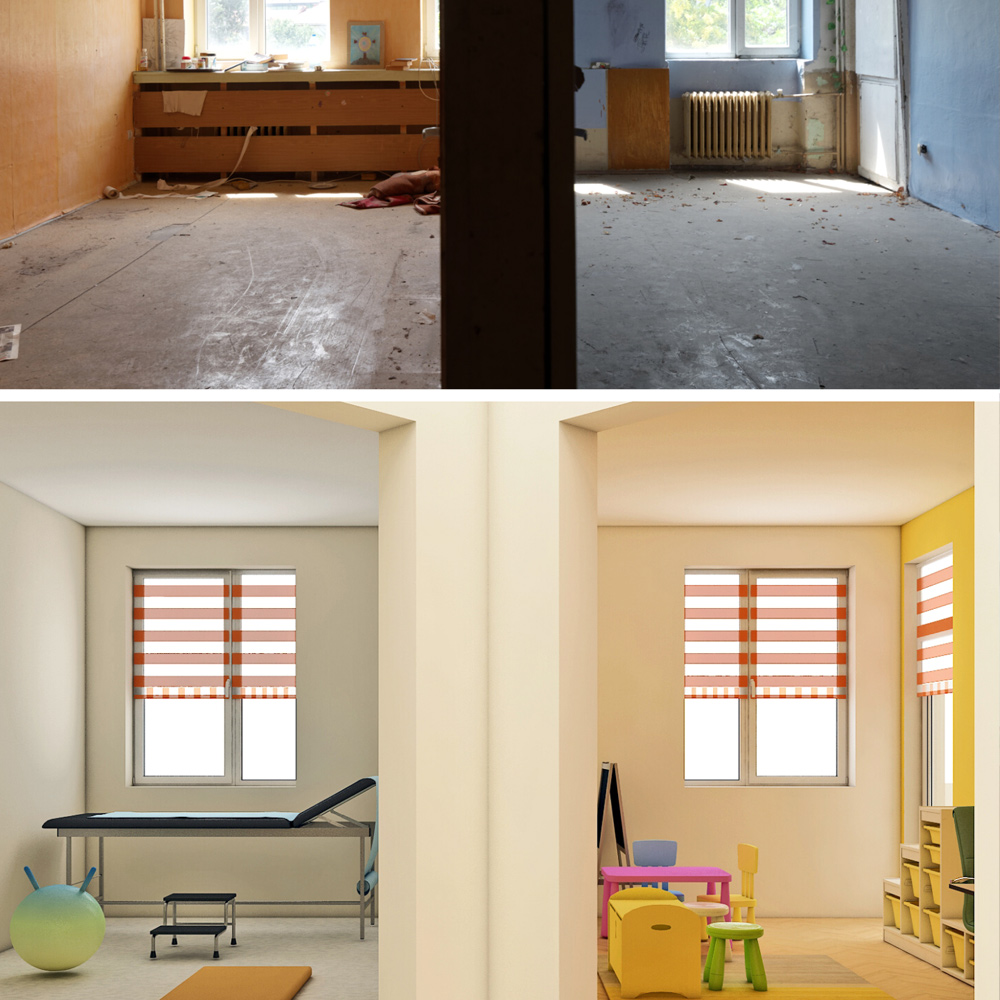 How did everything start?

The building, which houses the center was created in 1878, shortly after the Liberation by a group of women who cherished the cause of caring for war orphans. Over the year the institution had the status of an orphanage, which lasted until 2014. Two years later the orphanage was closed and the children were integrated back into their biological families or were raised in foster families.

The idea of creating an early childhood development center was vital but it also looked unattainable in near future as the building as a tangible asset was far from usable and quite amortized as a whole. The members of this foundation, with the help of alert citizens and The Business of Plovdiv Association, whose donations formed the core of financing and who went through the long way transforming a nearly ruined abandoned building into a modern center offering help to children and parents at risk.

“I remember the time when I visited this building as a student of Plovdiv University, and it was full of children. They lived together but without a family. That was one of the reasons why I decided to dedicate my efforts to such undertaking. The building will never again be the home of children.”

These are the words of Ivanka Shalapatova, who is the executive director of For Our Children Foundation. She started taking care of the building and handled the process of its thorough transformation.

In June this year, the project for Plovdiv early childhood development center of For Our Children Foundation was completed and opened doors. It provides the opportunity to build a better future for the children and their families, who need compassion and to build confidence. There are highly qualified specialists employed there who are trying to help children deploy their full potential. There are different rooms equipped appropriately to a specific purpose which provide the opportunity to carry out differentiated activities and taken together to apply a complex approach to the development of children:

The room of achievements

It is equipped with apparatus that stimulate the musculoskeletal system of children. The exercise is devised, directed and supervised by specialists in order to strengthen their physical condition and help resolve some medical issues. 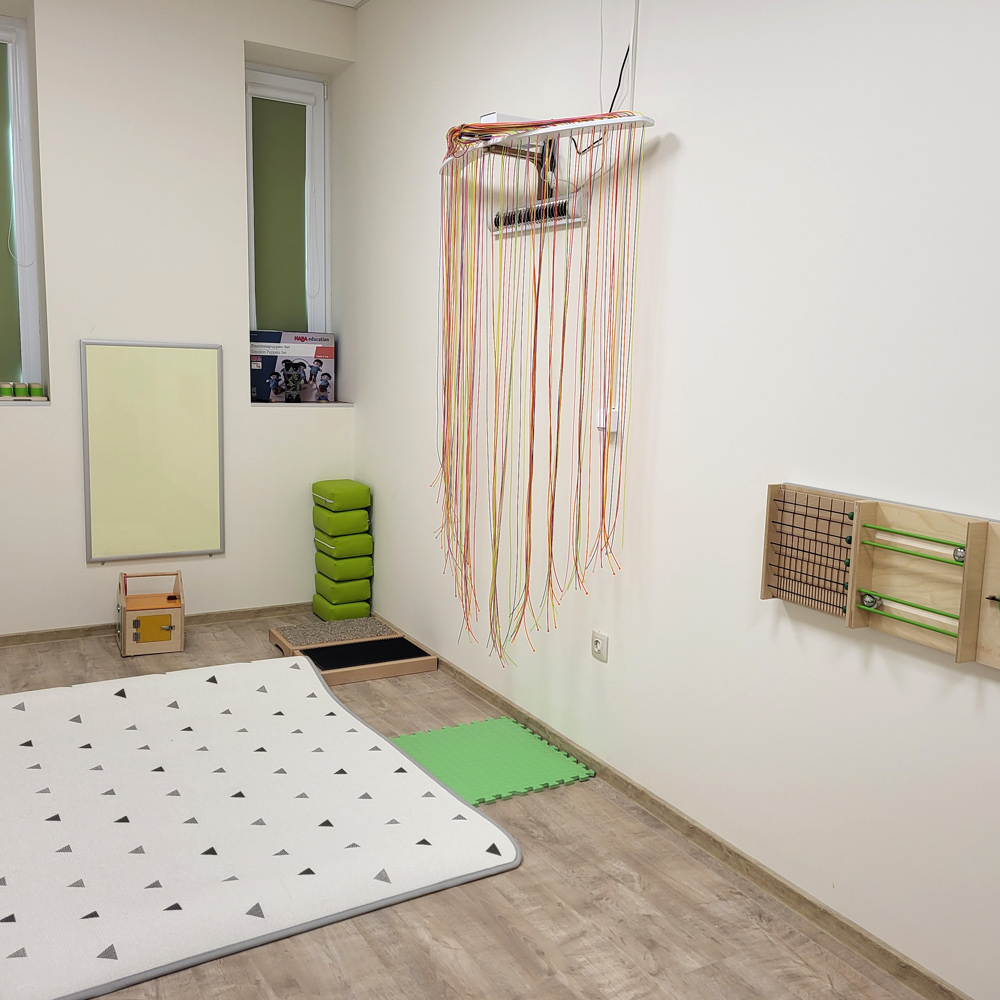 The room of sensory stimulation

It is furnished with different devices and technologies that can improve the interaction of little children with their surroundings. 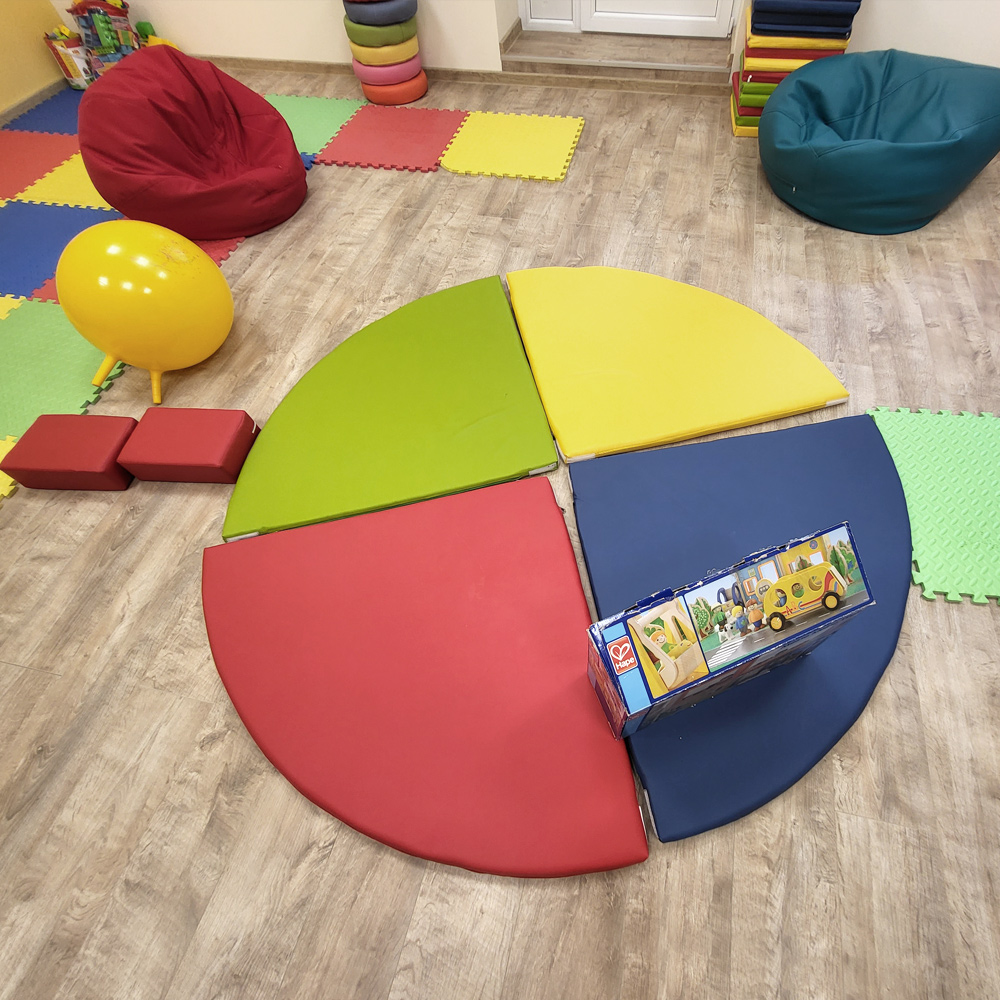 Let’s Play Together Room
A colorful room full of most diverse games and toys to help children retain their attention and to learn while playing. 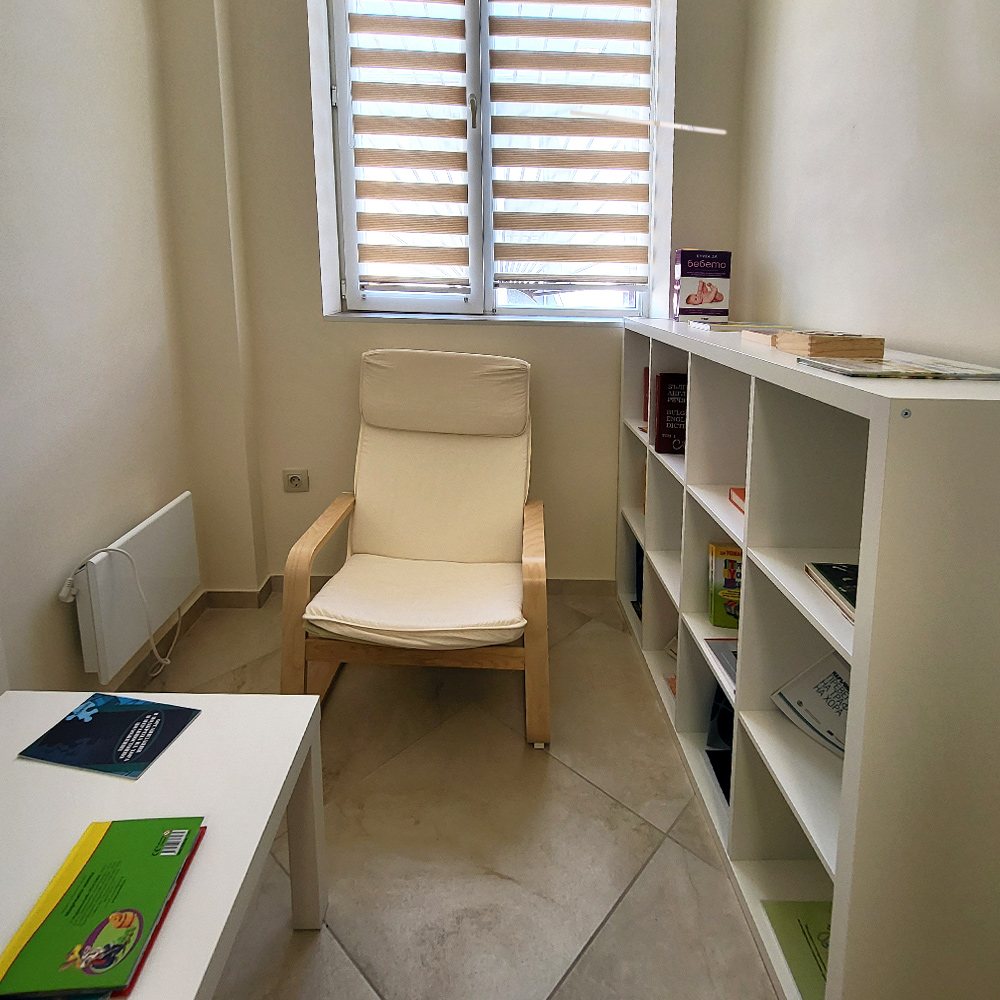 The room for psychological consultation

Its interior design encourages conversations and predisposes the balance of one’s emotions. 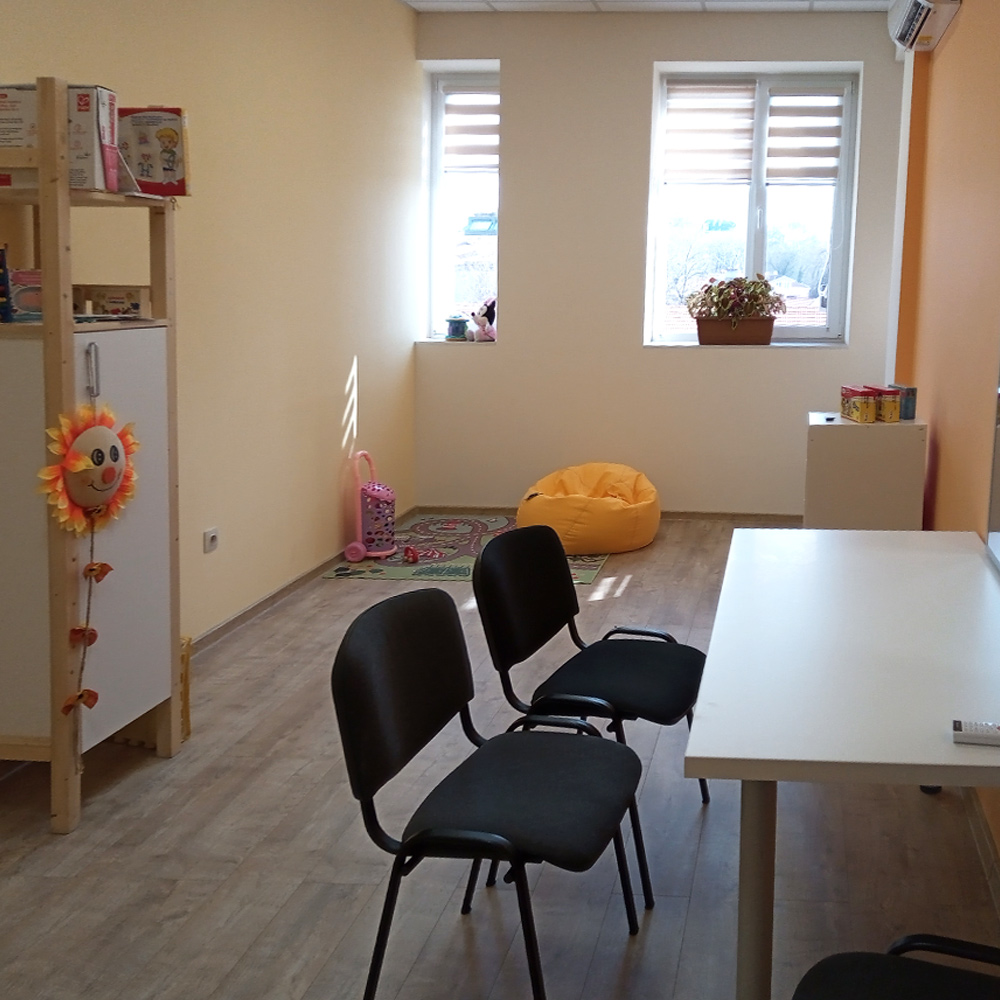 The speech therapy room has been designed in very warm colors where the speech specialists help solve speech problems and improve verbal communications.

This is the room for discussions and counselling, garnished with illustrations and nicely arranged sentences on the walls where our team and partners could discuss their ideas. 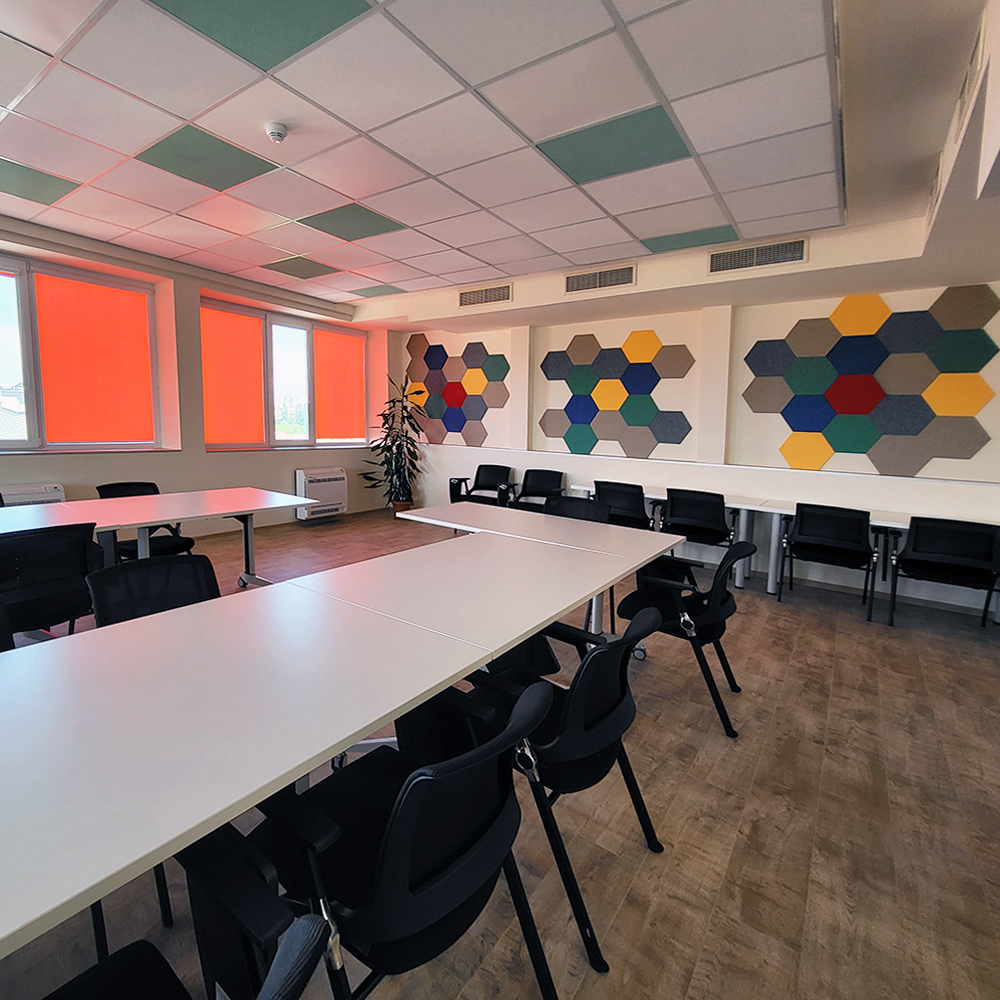 Academy for social learning and development

This room can accommodate many people and allows the visualization of information about larger scale events and trainings. Our team and the parents are given here the opportunity to exchange experiences with foreign specialists in the sphere of early childhood development. 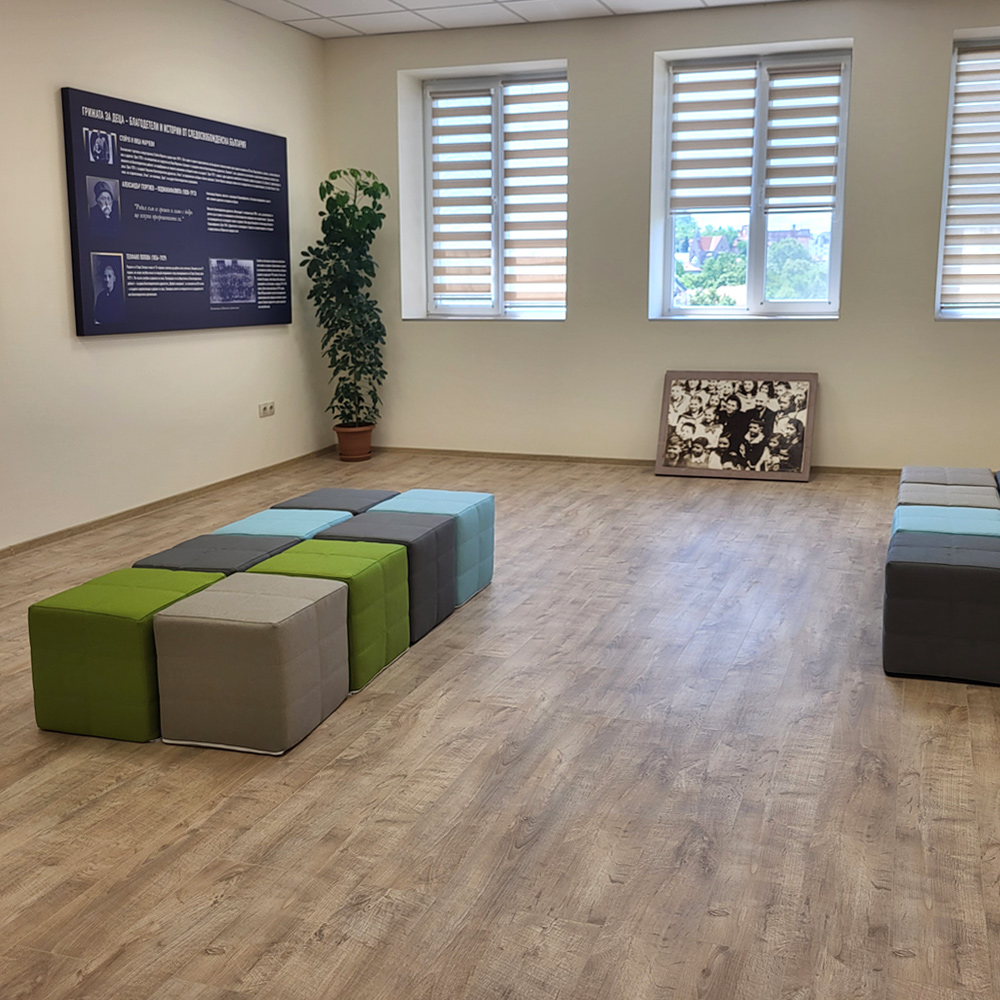 The museum exposition The Other Childhood

It houses the exposition entitled The Other Childhood – a joint project of For Our Children Foundation and The Founding Museum, which gives information about the history of institutional care and the lifestyle of people who were raised a social institution.

The funds invested into the thorough transformation of the building and its commissioning amounted to BGN 613 351, which were provided in the form of financial and materials donations. The activities carried out in the center are expected to be promoted in 7 municipalities within Plovdiv County so that even families from the most remote areas could be aware and given access to the help of specialists.

We extend our greeting to the ones who took the initiative and to all those who contributed for this center to exist and to be in operation. This is a proof of how even the simplest human hopes can grow into the implementation of most significant projects designed to support parents in moments of difficulty, when they are ready to give up their most cherished dream only because the beginning was not exactly as they have imagined it. Even more so when a child is concerned, people become very vulnerable, scared and not knowing what to do to solve a problem. A helping hand in such a moment will not only be much appreciated but also vital because it could determine the future of a child and the life of a family. Together we managed to make difficult beginnings also magical because every parent and every child deserves that.